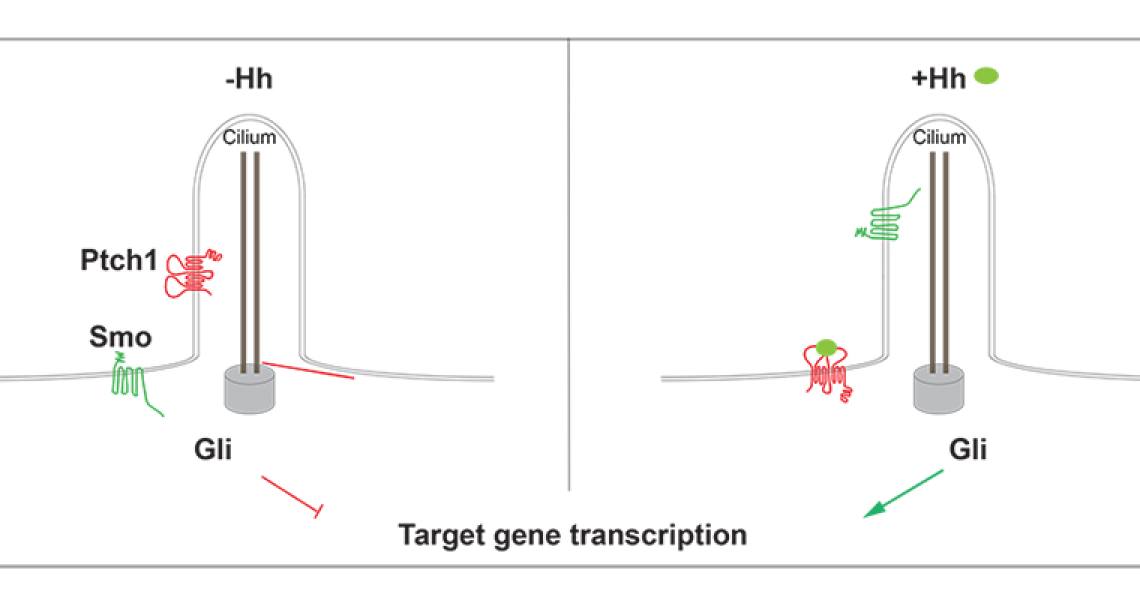 The Hedgehog (Hh) signaling pathway organizes pattern formation in a variety of embryonic tissues and functions post-embryonically in homeostatic processes. Hh pathway dysfunction thus can lead to embryonic pattern disruptions, such as holoprosencephaly and other birth defects in humans; post-embryonic dysfunction can result in failure of adult tissue regeneration as well as proliferative disorders, such as cancer.

Our primary research interest is in identifying target genes regulated by the Hh signal and thus to understand the molecular mechanisms employed by the Hh signaling pathway in regulating cell-cell interactions (I). In parallel, we are interested in developing novel reagents and experimental approaches combined with cutting-edge imaging technologies to study the biochemical and cell biological principles governing a critical yet poorly understood step of Hh signal transduction: trafficking of Hh receptors (II). These studies have broad potential significance for our understanding of the molecular basis of both development and human diseases linked to Hh pathway dysfunction, as well as for providing a basis for therapeutic modulation of pathway activity, either positively to stimulate regeneration or negatively to block malignant growth.